EVOLUTION DEAL OR NO DEAL LIVE 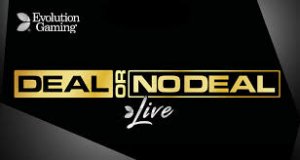 Mystery, suspicion, excitement, and crucial moments… You have to make your choice.. Deal or No Deal? You have already watched Deal or No Deal on TV, haven’t you? Are you ready to play this thrilled game in an Online Casino?  Exactly like the original game on top of that, in a Live Casino environment is now available and of course it is provided by the Live Casino Leader Evolution Gaming.

Ladies and Gentlemen, may I present to you one the biggest entertainment inventions of the live casino world, Deal or No Deal.

How does Deal or No Deal Live work?

Players need to know that Deal or No Deal Live composes of three rounds.

The whole game session is presented by a Live Casino host who you and the rest of the players can chat about the game during the session. You will be playing the game against the Banker and will be chasing grand payoff. 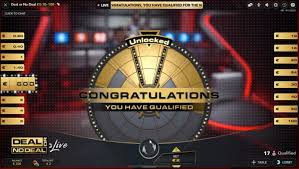 In order to start the main game players have to spin to be qualified for the show. There is a locked bank vault wheel containing golden segments, all players need to do to be qualified and join the game is to spin the wheel and align three golden segments. To make this selection part easier there are three options in direct proportion to the betting amount.

Normal mode: This is non advantageous. Players have to align all three segments with the cost of each spin’s face value.

Easy mode: One of the golden segments will be locked in and players just have to align the other two segments. However, this mode costs triple the player’s bet.

Very Easy mode: Two of the golden segments will be locked in and players just have to align the remaining 1. However, this mode costs 9x the player’s bet.

Bear in mind that initial bets affect directly to the prices which will be put in the 16 briefcases. Unqualified spins are lost and do not have any contribution to the briefcases. Briefcases can be selected during this round too. Let’s have a look into briefcases. 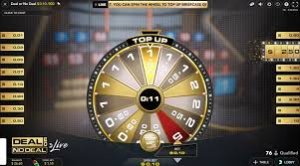 At this round players will be spinning another wheel to increase the prices by 5x – 50x of the bet amount for each briefcase selected. Pay attention! Each top up costs a certain amount which players can select the stake amount on the wheel. Thus, players will spin the wheel, the value that wheel stops on will be added to the briefcase of player’s choice. This is repeatable if players desire to.

Welcome to The Show Game : Briefcase Round

Now the exciting as well as crucial part of the game starts. At this round briefcases will be opened, the mysterious banker will be making offers in exchange for the candidates’ briefcase, and only one thing will be questioned by the host Deal or No Deal!? 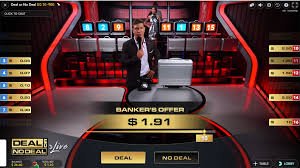 Same as the real game, there are 16 briefcases containing different prices. One briefcase is placed nearby the host which the round will be played for. This briefcase can have a minimum of €0.01 to a maximum of 500x the stake.

This section of the game will be played in four rounds. Each round briefcase will be opened by the host. Right after each round players will be offered a payout from the Banker and 10 seconds of counting down will be starting for the players to decide Deal or No Deal. Players either will go through all the rounds and take the prize in the last briefcase or accept one of the payout offers made by the Banker.

After the last round there are only two briefcases that belong to players and the other briefcase. After all, players will be offered for the last time swapping the briefcases, either to keep their own briefcase or to change the briefcases. According to the decision players will make the last briefcase will be opening and the price will be received. That is the end of the game session. From here, players who would participate in a new session will be required to start from the qualification round.