Hold’em Poker, which is also known as Texas Hold’em Poker, is one of the most popular Poker game worldwide. Evolution Live Hold’em offers Live Dealer with Evolution Gaming quality which is the world leader in video-streamed online games. 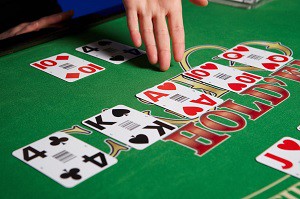 With Evolution Live Hold’em a virtually unlimited number of players can join to a marvelous poker-style action live on a desktop or tablet. Real cards, real dealers and the possibility to interact with the dealer and fellow players in real time make the entire gaming experience just like playing in a real casino.

Evolution Live Casino games have an advantage over other video software because they give players a more authentic feel of the game. Players can feel as if they sit at a poker table, every time they choose to play the live version. Evolution Gaming presents the games with real dealers that will make the game more challenging and interesting for the player.

HOW TO PLAY HOLD’EM POKER: 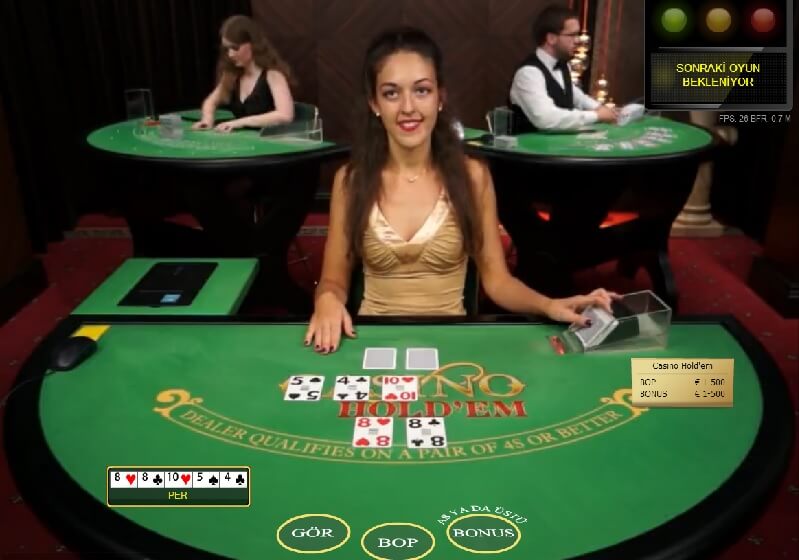 exas Hold’em Poker is basically a different of poker. Unlike classical poker the dealer gives two cards to each position. After each player gets his/her 2 cards,  the pre-game bet starts.

The bet starts from a random player with only one chip and the next the player has to put 2 chips. The player next to the 2 chipped player have 4 options: (1) call the bet, (2) raise the bet, (3) all in, and (4) fold, if he feels unlucky with the cards. The players can fold also to spectate and understand the strategies of the other players. This continues until only the players call the highest bet starts.

Then, the dealer reveals 3 cards on the table. The 3 card which completes your 2 cards are called “the flop”. The round starts with the left side of the dealer button. The player who started has 4 options again: (1) check, to pass the opening action to the player on the left, (2) bet at least equal to the first blood, (3) all in and (4) fold, which is highly NOT recommended to do in first position. When the first bet is done, the players can either call, raise, all in or fold. This continues until only the players who called the highest bet are left.

Next, the dealer reveals the 4th card. Now, the players can make whatever 3-card combination from the 4 cards on the table. The bet starts again, if there are still players who left to bet more by trusting their hand. The betting part is the same as previous.

Finally, the 5th card is revealed by the dealer. Now, the dealer’s part is done. There is no more card that will be revealed in this round. Then, the final bet starts. The players again has the same options. The first player starts by opening the bet. The others can either call, raise, all in or fold. This bet will end until the players all call for the same amount or all the others fold but only one player who still calls the bet.

The winner takes all the money on the table. The others lose them all. Therefore, the ones who bet a lot during the round loses the biggest amount in that round if they lose. So, Texas Hold’em Poker is a progressive WIN or LOSE GAME. But it is a lot fun as the cards which has nothing at the beginning can win all at the end of the game with 4th and 5th revealed cards.