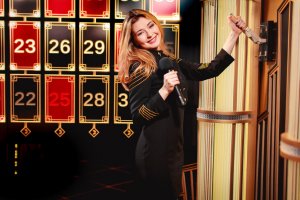 Evolution Gaming, often getting awards with its new and innovative games, was awarded Product Innovation of the Year in Global Gaming Awards 2018 with its one of the newest game, Lightning Roulette.

Evolution Gaming has become one of the nine companies among the both and local industry winning this award given for the most innovative product. Evolution got its Global Gaming 2018 award during the ceremony in Sands Expo Convention Center in Las Vegas.

Evolution Lightning Roulette has become popular among the players in Evolution Gaming operator network in a short time.

Todd Haushalter, Chief Product Officer, collected the award and said: “This is an honor to get an award like this. We always produce games appreciated by the players and this is the core of our motivation But, it is a special feeling to get the best product innovation award with the votes of our peers in the industry.

Last year, our money wheel game Dream Catcher was named as Digital Product Of The Year. This Product Innovation Of The Year award has more meaning for us. As you might know, this award is given to companies among both land-based and online casinos, so it has a wide scope. And getting this award with Lightning Roullete satisfied us more than we expected.”

2018 was the fifth year of Global Gaming Awards Las Vegas, and achievements made during the last 12 months have been awarded for 5 years. Global Gaming Awards are organized with the cooperation of G2E Vegas and Gambling Insider and are officially adjudicated by KPMG Isle of Man.